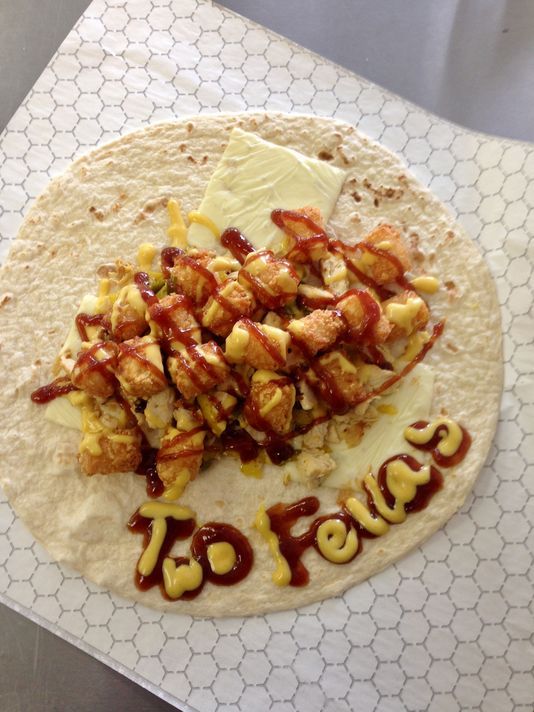 Two Fellas Grill was founded in Kalamazoo, Michigan, and opened for business on October 5th, 2013. Two Fellas Grill was conceptualized by Tim Torres and Roland Saleh, largely over Bud Light and Miller Lite bottles, after lots of late nights brainstorming ideas and bouncing ideas off friends and family. Unlike how most businesses develop, the Fellas took a different approach. There was not a 100-page business plan, no investors pitched, and no outside help regarding getting this venture off the ground. Instead, we took every penny we had, took the plunge of a lifetime, and followed our dreams.

Late in 2012, Tim Torres was entrenched in the corporate world and Roland Saleh was playing poker full time. Mid November 2012, Tim gave Roland a call and asked, “We’re you really serious about wanting to open a restaurant one day, because I’m down.” As simple as that, that one phone call, the Fellas set the plan in motion. The next 6 months were used to compile menu ideas, menu item names, store design and concepts, and other research needed for two young entrepreneurs to follow their dreams. We knew exactly WHAT we wanted to do, but didn’t quite know HOW to go about getting it done. After countless meetings with city officials and health department officials, we were ready to embark on our journey. We began our original stores buildout in April of 2013, and after countless hiccups and setbacks, six months later, we were finally ready to open our doors for business.

Originally, upon opening for business, it was literally just Two Fellas. We both worked open to close (11am-4am), 7 days a week, with no days off (aside from holidays when we closed) for 8 months. That’s 119 hours a week…… EACH! We joked that we were putting in what most people worked in a year in just 3 months. But, in our opinion, that’s what it took to lay the groundwork for what now is a staple in the Kalamazoo community.

Grilled tortilla wraps, filled with chicken, steak, or eggs (breakfast served all day!), cheese, tater tots, and delicious sauces like ranch, honey mustard, or BBQ are the most incredibly unique Americanized burritos you will ever sink your teeth into. And who can resist our Mac n Cheese bites?! Our addictive concept has really struck a chord with college students and even landed us on a nationwide list (#16) “The 43 Best Drunken Eats In College Towns Across America” as per a Buzzfeed publication. We cannot wait to bring our concept to college towns across America, and every day, we are working incredibly hard to make this a reality!